The love/hate relationship between the entertainment industry and social media. With what you can learn from the studios, and what they might need to learn from you.

Resistance (to change) is futile

While resisting each and every technological change and trying to remain exactly as they were 100 years ago, the movie business had to make a concession to an emerging trend: social media.

I’ve written before about the complex relationship between Hollywood and social. And also about their resistance to change. But at the same time movie studios have given us Minions, online trailers and cat & dog movies. This should suffice to demonstrate that, at least in theory, they know how to win the film marketing game…

Let’s focus for a second on trailers. They are the most brilliant advertising format of all ages. Trailers thrive on the internet, and have never been as current as they are today. Initially published online by Apple, they have found on YouTube their natural social environment where they reach hundreds of millions of fans at a time.

Millions of people willingly watch, engage and react to what are practically long ads. No other industry has pulled off such high exposure of advertising materials.

The online release of trailers, posters, character art and set photos represents a shrewd way of using the internet as advanced media for distribution of ads that are perceived as content.

What’s even more interesting? The studios publish posters, trailers and other marketing materials that have already been produced because they were needed for theater reels, lobbies, traditional PR, etc. That’s free exposure for promotional materials that are already paid for. Total genius, if you think about it.

Trailers serve a hugely important function for the studios, as they create excitement months in advance of a title’s release. This hype is needed if the studios want the audience to fill theaters on the first weekend.

But if the studios have mastered the YouTube game by recycling their “old” trailer format for the social web, they are failing at Facebook, where the studios look like lost souls wandering around, looking for their true identity…

Not your traditional marketing medium

The main struggle that movie producers and distributors face is that their brand is not in any way comparable with a consumer brand. Warner Bros. is much more like Proctor & Gamble than Gillette. Universal is more like Fuji Heavy industries than Subaru. Gillette and Subaru are consumer brands that are perceived very clearly by consumers. P&G and Fuji are conglomerates that represent complex industrial structures. The movie studios are a bit like those conglomerates.

They need to release a teen horror today, a superhero franchise tomorrow and a romantic comedy the next day, thus they naturally speak to different targets with a different language. Not only do they have a great range in content, but also specific objectives with each content. The main social channel of a major movie producer may feature messages related to the theatrical distribution, but also the digital releases. It will give voice to the consumer product division, talk about the theme parks, even give visibility to third parties that partner up for this or that film. In short these channels are a mess of messages that don’t have any unifying criteria.

They are little more than a collection of all the messages that come from the same industrial source. And this makes them very antisocial.

But, studios are smart, and they have realized they need to spread different messages to different audiences, and so they started creating specific channels for each movie. A good idea, but challenging, to say the least.

Theatrical releases are all about the pre-launch buzz, the hyped expectations, the rush of the first weekend. Social networks instead kick into gear when something starts to be experienced.

The studios want high numbers pre-release, the audience wants to watch and then participate in the discussion afterwards. This conflict leads to a ton of work done months in advance that leads to little results.

But it gets even worse.

When the release date approaches, something paradoxical happens: now that the title has social momentum, the studios start dis-investing because they need to push the next release for the following weekend.

It looks like they’re doing it all wrong. But in fact, if we look at the actual content and engagement of these channels we will see quite a mixed bag.

The content that is generated in the prelaunch phase is not all bad or good. Studios certainly exploit the power of trailers. And they have a ton of other storytelling formats that are quite sophisticated. For each movie they cut clips, shoot behind the scenes and “making of” footage, create alternate stories that live in the universe of the movie, release prequel comic books, sketches and so many more ingenious little tidbits that tease the curiosity of the audience. These marketing formats can be a source of inspiration for anyone dealing with social media.

Studios not only are great at recycling content, but also at creating bespoke experiences and materials built for the digital medium. On one hand they release any possible cut of the film and behind the scenes footage, but also develop digital-only storylines, and have the characters and talents talk directly to fans. The smartest releases are able to intertwine current events in real time with their release, while others make a skillful use of mashups to connect the new release to popular pop culture tropes.

Hollywood is also great at creating events. These can be naturally centered around talents, but also feature the fans themselves. Distributors are quick to derive new materials from both types of events and, in either case, make their audience feel at the core of the action.

From promotion to (hard) sales

Alas the main job assigned to social channels today is to sell. And that is done in a less than subtle way: by shouting, prescribing, even ordering to “get tickets now”, “go to the cinemas” or to “pre-order this or that immediately.” This is the worst use of social media I’ve seen in my whole professional life… and I myself am guilty of these sins, as I’ve oftentimes written, published or approved these kinds of messages for social media campaigns.

Channels become more shouty and prescriptive as the date of first release approaches, until opening weekend. As the title hits the zeitgeist, that’s when the movie distributor rehashes the best performing content on social media and limits itself to the minimum level of customer satisfaction.

The channel is only revived later on, when the studios need a megaphone to shout something along the lines of “buy the dvd or download it” or “like this related movie with the same cast/characters.”

We end up with a strange trifecta of content.

On one hand, studios are perfectly capable of creating content that resonates with their audience and makes them love their brands. On the other hand, they too often limit themselves to using social as an outlet for PR and Publicity.

With a bit of effort they can go one step further and create a third type of content, one that makes their audience go WTF. When this happens users fall into a state of adoration and share like crazy. But restrictions, permissions, cast & crew availability and approvals usually stifle any ambition of reaching this third type of content.

An example of WTF: Ryan Reynolds as Deadpool poses on a bear skin rug

Tasteful mashups, that enhance brands and characters, would be the perfect content for social. But they require the audience to connect profoundly with the titles that are represented, so they can rarely work before launch.

So much for the types of content. Let’s now have a look at where this content actually lives: the social media channels.

We have the anonymity of the Disney corporate channel, where theme parks, cartoons, Pixar, Star Wars movies all share the same bored and uninterested audience. To counteract it, studios have created channels for specific creative divisions like Marvel, DC Comics and LucasFilm. Following these channels, instead of their corporate overlords, makes a bit more sense for fans.

These are brands that have a strong creative vision. In some cases this emanates directly from the strong personalities of their founders: Stan Lee and George Lucas, for example.

But the landscape is more complicated than that.

Marvel, for instance, features both a Facebook page devoted to Marvel as a brand, but also pages devoted to each single franchise, like Thor, Black Panther, Avengers and so on. Same goes for DC Comics with Wonder Woman, Batman, Superman, but also Batman vs. Superman and the Justice League. Does it make sense? People want to like and follow what they love, thus they will identify with a single film (say Black Panther) and maybe later will cross-pollinate into the Marvel universe through some other title or directly liking and following the Marvel brand.

So yeah, it makes sense from a fan standpoint. But it doesn’t make it less of a mess.

Studios are rightly investing in the creation of specific destinations for fans of their most beloved cinematic universes. These channels work because they are more straightforward, better targeted, but also because they reflect the vision of single human beings rather than the collective box office greed of a committee. They should carry on and start to apply the same logic to most of their titles by creating stronger brands that can represent independent dramas, romantic comedies, horror or sci-fi, to make just a few examples.

TV has got the timeline right: you talk about the show, when the show is actually on. Cinema, instead, is still playing the pre-release game. It makes sense when it comes to traditional advertising, but on social, unless you’re releasing an episode of a beloved and eagerly awaited franchise (think Star Wars), it makes little to no sense.

The entertainment industry is becoming smarter, and is progressively getting better at film promotion on social. But people are smarter still. And so much wittier, funnier, and more creative. The formal, prescriptive tone of studio channels sticks out like a sore thumb when you compare it to how playful and inventive regular people are on social.

There’s no easy recipe for the studios. They could start by involving talent early on, and loosening the rules, permissions and approvals. If they do all this in a tasteful way, by still protecting the property without suffocating its potential, we could see some great new formats from the entertainment world.

If you liked what you read here, please subscribe to my almost monthly newsletter where I tackle marketing, productivity, entertainment and innovation.

← Prev: All the Software You Need to Create Your Own Subscription Video On Demand Service Next: SVOD Marketing: 5 Concepts That Can Propel Entertainment into the 21st Century → 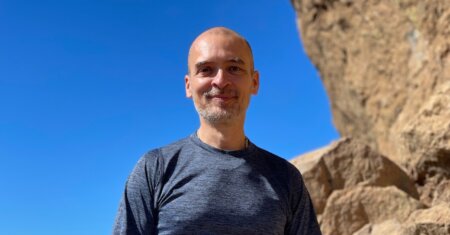 02021 has been a surprisingly great year for me, one of the best of my life. Until they learn about semantic SEO (or read this review), I need to do my best to conquer the highest value keywords that can bring business to my website. 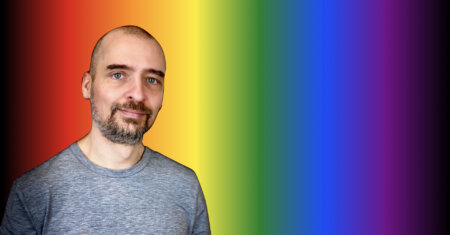 My Coming Out Matters To You