Why Prezi makes you dizzy and how to fix it

A few weeks ago we started a journey into how cinematic techniques can be applied to your Prezis and the response was overwhelmingly positive. Thank you for that!

Your clicks indicate a huge interest in the subject, so today I want to talk about one of the most common movements in cinema, and in any of your Prezi presentations: the pan.

The pan is a movement of the camera on one axis. Sometimes it explores a scene, often it moves with the character. It gives a sense of direction, a sense of movement. The camera either follows a subject or helps us discover something that is not yet in the frame.

Panning is used extensively in cinema. The cinematographer in this case does not adjust the zoom, but actually moves the camera around and allows our point of view to change.

To see a masterful example, have a look at the beginning of Strangers on a Train by Alfred Hitchcock.

The most beloved feature of Prezi is the ability to move between frames; it’s the defining feature of the product. It’s also the functionality that has been most attacked by critics.

In this article I want to address a big part of this criticism and provide some solutions. What if I told you that in the next few paragraphs you could understand the reason behind this criticism, learn the rules that allow us to always please (at least the visual cortex of) our audience, and most importantly, sync all of our transitions with our presentation’s message and narrative?

And what if I told you that it was also really easy?

Each time you transition between two slides that are very close to each other, Prezi adds a panning movement. But don’t be fooled by the simplicity of “moving” the camera around. Panning is quite a complex art. And to understand it fully we need to start talking about an important variable: direction.

Whenever you move between two frames Prezi pans in the direction of the second frame. That’s not as trivial as it seems because not all pans are made equal: pans can go up, down, sideways, or diagonally and those different directions have a different meaning associated with them.

According to the book Cinematic Storytelling by Jennifer Van Sijll, in the western world the most natural directions are from left to right and from up to down.

(Big big disclaimer: this principle does not translate well for any culture that writes right to left!)

Moving downwards is also a natural movement as it mimics the movement of objects falling due to the force of gravity. In the western world it is also the second way we explore visuals after scanning them left to right.

The less natural and more uncomfortable movements are right-to-left and upwards.

Moving to the left is less comfortable because it’s the opposite direction than reading and writing. Going upwards, against the direction of gravity is a less comfortable movement as defeating gravity is not easy. As it requires more force to move upwards than downwards: picture yourself on a slope on skis. Would you rather climb up or ski downhill?

We need to complicate things a bit now: not all movement happens straight on one of the two main axes.

When we look at diagonals we see that the combination of the two most natural directions (downwards and leftwards) create the most natural diagonal. The second most natural is to follow the direction of gravity and go to the left.

The hardest diagonals are the ones that go against gravity and – you would have guessed it – the hardest possible diagonal is the one that goes in the direction of the uppermost, leftmost corner.

Regardless of the direction we choose the first movement in our Prezi will determine what we psychologically perceive as forward. And with this comes one of the most important lessons we can learn from panning: if I am panning to the right and at some point I start going to the left I will give my audience the impression that I am going backwards for some reason.

We not only need to mind in what direction our transitions go, but also that we change this direction only when it matters the most.

Check your email inbox, confirm your subscription and voilà… You will receive your DEFINITIVE Presentation Cheatsheet directly via email.

In the meantime feel free to continue reading this blog post.

Signup to instantly receive the best presentation shortcuts and tricks for Mac and PC. Use the most useful & advanced features of PowerPoint and Keynote.

Now you know 100% of the rules of panning, time to look at some examples.

Probably the most important structure you can use in a Prezi is the linear left to right layout. Each transition will be seen as progress, an advancement over a steady, stable course that leads to a familiar result. If you want to reassure your audience, use the layout in example 1.

Examples 2 and 3 represent consistent progress. Going constantly in the same direction gives us the impression of progress; going on a downhill slope adds the sensation of ease. These are the Prezi layouts that I would suggest whenever you tell something chronologically, when at each step you go deeper into the subject, but also when your path is easy, when the conclusion comes naturally.

Our whole presentation could be played on the uphill slope (example 4). It metaphorically means that we are racing towards the summit of a mountain. At the end we will find some kind of reward. To deserve this reward we need to endure the difficulty of going uphill.

In examples 5 and 6 I used the downhill slope followed by an uphill movement. I combined the easiest diagonals with the hardest ones. In this case here we represent a descent into a topic, followed by an ascent back to our world, back to reality. And while descending may be easy, the knowledge that we gain at the bottom of the pit is a hard burden and we need help to integrate it, to make this new knowledge “our baggage.” This is why the last part of the journey is harder. But the prize is to go back to the surface changed, renewed, rich with the new knowledge.

Sometimes the ride up could be only half of the journey. In example 7 we use the hard, uphill course to reach a summit and – after this summit – we are rewarded with an easy downhill slope. The downhill slope is ideal for gradually easing your audience out of your presentation and back to their world.

Now that we have seen the positive, let’s look at the most common mistakes that you could make while filling up your Prezi canvas with frames. Coincidentally these examples underline a lot of the reasons why experts and audiences often criticise Prezi.

Here’s a few cinematic no-nos based on what we just learned.

In example 1 the main direction of our Prezi is directly downhill but in between there is a long transition in the opposite direction. It breaks the narrative of your presentation by bringing your audience to a place close to the beginning and having them experience the same downwards movement again. It doesn’t make sense.

In example 2 we use the downwards movement for the first half of the presentation, then we transition sideways and change direction to go up. Even if the transition in this case is quite short, this double change of direction can be disorienting.

Examples 3 and 4 feature a very similar pattern, but in this case with a movement on the horizontal axis.

In examples 5 and 7 we see a typical “dynamic” presentation where different frames are touched in a random pattern. This – in cinematic terms – is what you do when you want your audience to perceive that a character has gone mad. I really don’t see this canvas working either in boardrooms nor conferences.

Example 6 introduces an important variable: the length of the transitions. It’s great that you can create a beautiful visual map in your canvas – and this visual map can be exploited with a birds eye view – but it’s terrible when the transitions are too long. This creates an expectation of continuous motion that is frequently broken by the static frames that “block” this long action.

Let’s try to extract some guidelines from all these examples, good and bad.

Get your free 30 minutes consultation
← Prev: How to create great technical presentations by avoiding these 5 mistakes Next: 2014 My year in review → 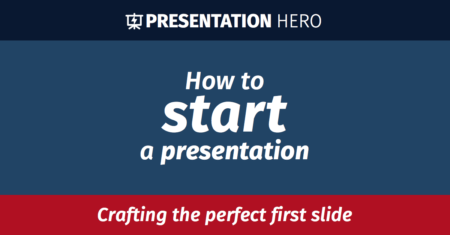 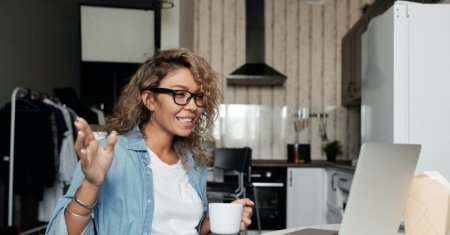