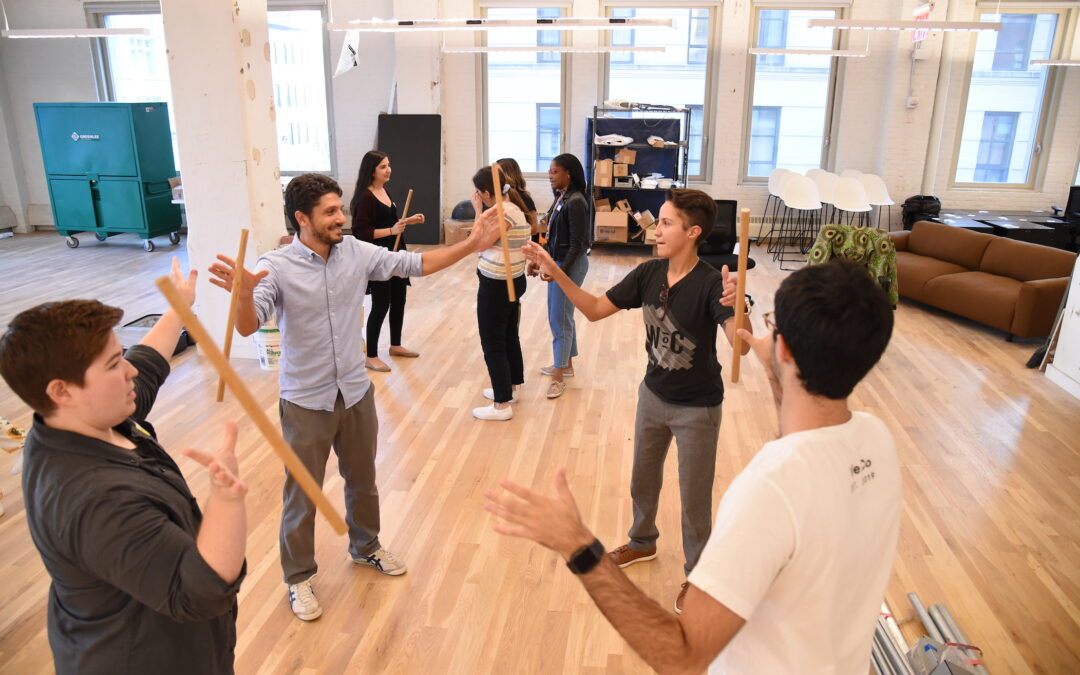 Team building is the use of different types of team interventions that are aimed at enhancing social relations and clarifying team members’ roles, as well as solving task and interpersonal problems that affect team functioning. Team building was originally a group process intervention aimed at improving interpersonal relations and social interactions but over time has developed to include achieving results, meeting goals and accomplishing tasks. It refers to the activities in which teams can engage to change its context, composition or team competencies to improve performance. It is distinct from team training, which is also a team-development intervention that is designed to improve team functioning and effectiveness. Team building differs from team training in a number of ways. Team building is not necessarily formal or systematic in nature, does not target skill-based competencies and is typically done in settings that are not in the actual environment where the team works on the task. Team building generally sits within the theory and practice of organizational development, but can also be applied to sports teams, school groups, armies, flight crews and other contexts. There have been many issues in past literature about the conceptual definition of team building. However, now there is consensus and conceptual clarity about what team building constitutes exactly. Its four components are: Goal setting: aligning around goals Interpersonal-relationship management: building effective working relationships Role clarification: reducing team members’ role ambiguity Problem solving: finding solutions to team problems These team-development interventions have proven to have positive effects on cognitive, affective, process and performance team outcomes. Team building has seen the strongest effect on affective and process outcomes. According to Klein et al. (2009), team building is one of the most widely used group development interventions in organizations today. Of all organizational interventions, team-development interventions were found to have the largest effects on financial measures of organizational performance. Recent meta-analyses show that team development activities, including team building and team training, improve both a team’s objective performance and supervisory subjective ratings on performance.

Team Bulding activities can take the form of a workshop.