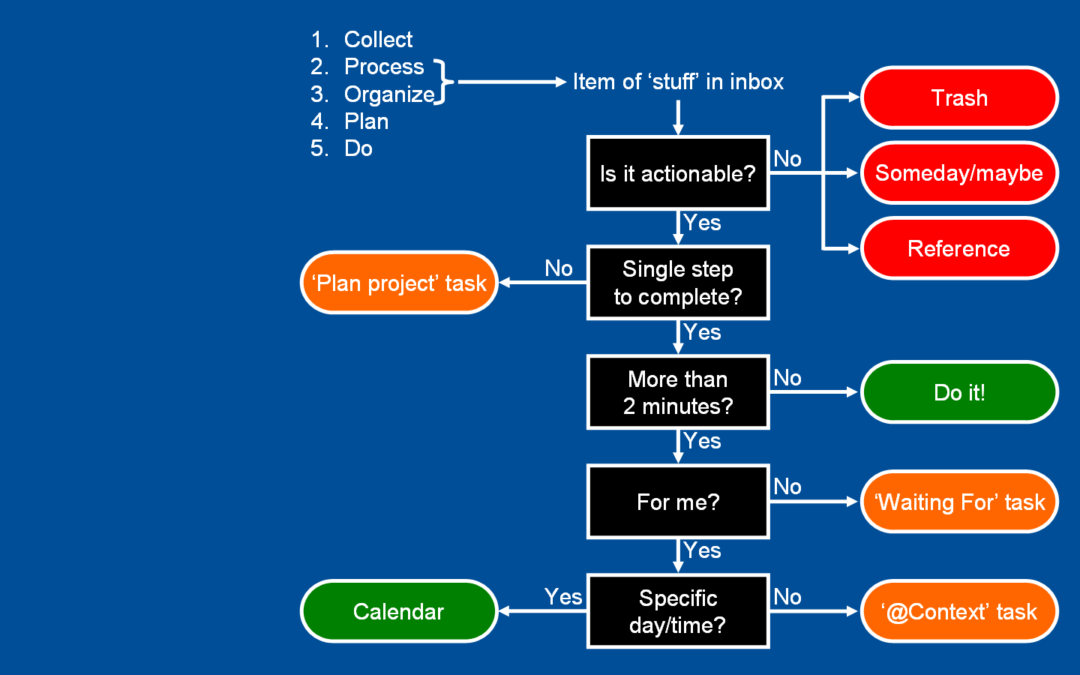 Getting Things Done is a time-management method, described in a book of the same title by productivity consultant David Allen. It is often referred to as GTD. The GTD method rests on the idea of moving planned tasks and projects out of the mind by recording them externally and then breaking them into actionable work items. This allows one to focus attention on taking action on tasks, instead of on recalling them.