Today I had the strong impression that I was watching history in the making. A huge corporation is embracing the open world. A paradigm shift that can bring the attention and the funding of the big guns to the – until now – independent Open Source Hardware movement led by Rasperry Pi’s and Arduino’s. But there is more: it’s also an American giant that joins in what has been – until now – a European party.

When I think of Intel, the first association that comes to mind is not Open. They are a brilliant tech company that has survived many years in one of the most innovative realms of tech: the microprocessor arena. They must be doing something right.

What I remember of the last decade of Intel is the image below.

Some rights reserved (CC-BY) by jdlasica

Paul Otellini, the then CEO of Intel, is handing a wafer of Intel chips to a triumphant Steve Jobs that just announced the successful transition from Motorola’s PowerPC architecture to Intel’s x86. A signature move that would boost Apple’s capabilities in the PC market.

It’s a closed company (Intel) handing the keys to its paradise to the most closed, vertically integrated, secretive company in the world (Apple). A company that valued so much the partnership with the chip-maker that is now producing its own processors.

From today I have a completely different image.

Some rights reserved (CC-BY-SA) by Arduino

The current CEO of Intel, Brian Krzanich, today announced an Arduino board made by Intel called Galileo. To break the news he chose to share the stage with Massimo Banzi, the king of Open Source Hardware and inventor of Arduino.

Why does Intel invest in Open Source Hardware?

It's much better to have an open source ecosystem than an equivalent closed system even if has a lower price. Intel's CEO #MakerFaireRome

Well, because it makes a lot of financial sense. Krzanich tells the story of a customer that would not buy closed hardware, even if the price was lower than the equivalent Open Source alternative. Why? Because of the community.

This community is doing extraordinary things with Open Hardware, and those things are becoming products that people are willing to buy. Intel doesn’t want to loose that piece of the pie.

But what happens when the big guns enter the small(ish) arena of Open Source Hardware?

The pace of innovation increases exponentially. Because Intel brings distribution power together with their capacity for innovation.

Soon they will be giving 50.000 boards to Universities, and were so gracious that they gifted a lot of boards to the audience members.

You can find out more about the details of the board on Intel’s Maker Website. Intel also published the video of the whole announcement.

Today Intel is reborn as a radically open company. I don’t care how much of their business still comes from the closed source hardware business. Krzanich chose to dance with the open source guys. Maybe it’s just a start, but I see the full potential of this move for Intel as a company.

@Intel just became an open company. This is big. #radicalopeness rules the future of business. #MakerFaireRome

Today’s announcement demonstrates that the UK with the Raspberry Pi and Italy with Arduino can create a blueprint that is more innovative, more conductive to opportunities than the models being developed in the Silicon Valley. But the aspect that I am most keen on is the ability of larger companies to embrace the models of Open Source, to join in this big community. Intel is one of those companies that demonstrates that it can be done.

Today, probably, I have witnessed history. Now it’s time to plug my new board and start hacking.

← Prev: Your path to product Next: The Montessori Startup and the dream of a Montessori Workplace → 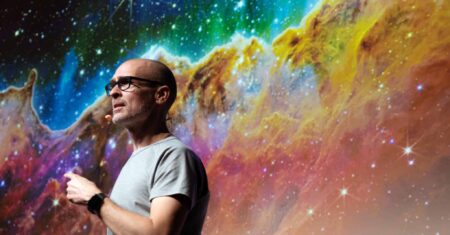 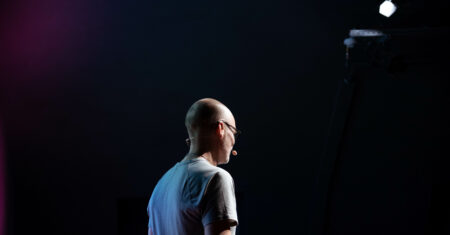